As communicated on November 8th, 2017, the German Federal Constitutional Court has ruled the existing law on binary gender options in the birth registry – as stated in the German Civil Status Act (Personenstandsgesetz – PStG) – to be unconstitutional. It instructed the legislator to enact new provisions by which either a third gender option will be introduced or gender registration abolished altogether no later than by December 31st, 2018.

The court proceedings leading to the constitutional complaint were accompanied by the advocacy group Dritte Option (Third Option). The complainant, the advocacy group as well as various other intersex and trans organizations and individuals, other associations and politicians have welcomed the ground-breaking decision.

The complainant Vanja has been fighting for their gender to be represented correctly in official documents since 2014. Vanja refuses to subject to categories like “male” or “female” or to renounce gender categories in their entirety. Ordinary courts rejected Vanja’s pledge, stating that the German judiciary system assumes a gender binary and thus does not allow for a third option.

The German Federal Constitutional Court now confirmed that omitting the former gender entry does not pay heed to the fact that, despite identifying as neither female nor male, Vanja does not think of themselves without gender but of a gender beyond male or female. In its ruling the court states that “the ‘missing entry’ leaves the old gender binary in place and suggests that the legal recognition of an additional gender identity cannot be considered. Instead it gives rise to the impression that the gender entry has not yet been determined, solved or simply been forgotten.”

As the current legislation is unconstitutional, a deadline has been set by the court. By the end of 2018 lawmakers must have reformed it to the effect of providing fundamental rights to people who are neither men nor women. Whether this amounts to abolishing all gender entries or introducing new categories is up to legislature. Professor Friederike Wapler, one of the co-authors of the constitutional complaint, points out that lawmakers need to ascertain if there are any reasons left to hold on to documenting gender in personal status law.

Professor Konstanze Plett, another co-author, is happy that the German Federal Constitutional Court explicitly ruled out what many commentators, especially jurists, often argued: The constitution would justify only two genders because article 3,2 only mentions men and women. The court now clarified that their own statement within their 1978 ruling on trans identity saying that German law assumes every person to be either male or female was not meant as a normative one but as an assessment of society’s view on gender at the time. Plett emphasizes that the ruling does not deprive anyone of anything. As the court writes in its reasoning: Nobody will be forced to check the third option, not even intersex persons.

The activists who supported Vanja in their endeavour to take on the German judicial system have achieved a milestone. “Finally the German Federal Constitutional Court recognized that there are more genders than male and female and that non-binary trans and intersex people are not awry but in fact have the same fundamental rights as everyone else. For the first time in history Germany provides legal security of fundamental rights for people who are neither male nor female. We are hoping that this success will help fighting discrimination against intersex and trans people who are disadvantaged because of their gender” (Moritz Schmidt – press spokesperson for the advocacy group Dritte Option).

Vanja and their supporters are going to monitor the developments in legislation. The relatively tight deadline should not pose a problem. “The report by the German Institute for Human Rights provides a solid foundation for this draft bill merely waiting to be incorporated by the current lawmakers.”

„Legal recognition is just the first step. Now is the time to envision further improvements of the situation of intersex and trans people and campaign for it together,” says a spokesperson for the advocacy group. In this spirit Vanja’s lawyer Katrin Niedenthal stresses how significant the German Federal Constitutional Courts clarification is that the ban on gender-based discrimination does not only protect men and women but also other gender identities. The ruling should hence not only affect personal status law but other spheres as well. For example, despite the fact that intersex advocacy groups have been demanding an explicit ban of operations on minors, without their consent, that are not medically necessary, legislators have not yet implemented one.

Advocacy group Dritte Option challenges lawmakers to take the German Federal Constitutional Court’s assessment seriously, which states that the general right of personality as well as article 3,3 of the German Constitution protect the “gender identity of those who cannot be assigned a male or female gender,” and to include all groups of people affected by the ensuing reform, regardless of their biological condition (which includes non-binary intersex and trans people), in order to avoid further violations of the Constitution as well as legal uncertainties. Professor Wapler states that since the Supreme Court has advanced the jurisdiction for personal rights, it is now up to the legislature to conceive of a provision free of discrimination. 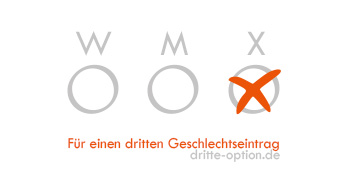 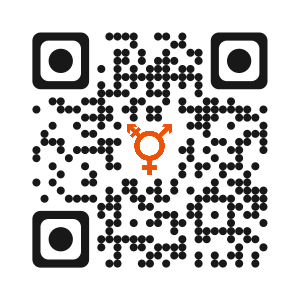